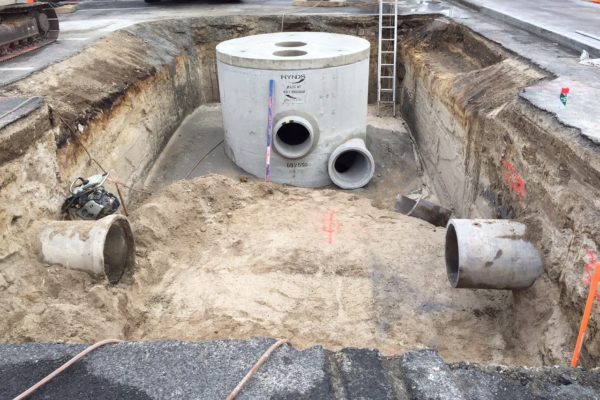 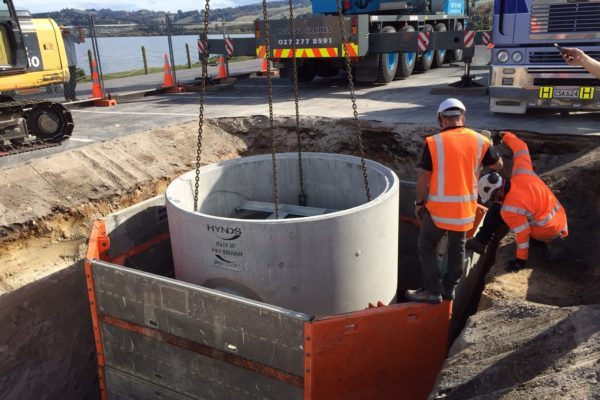 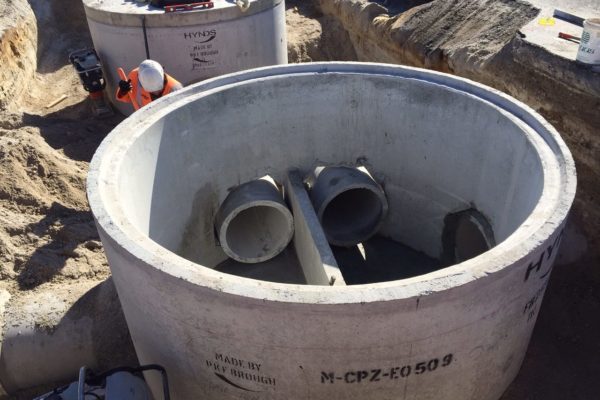 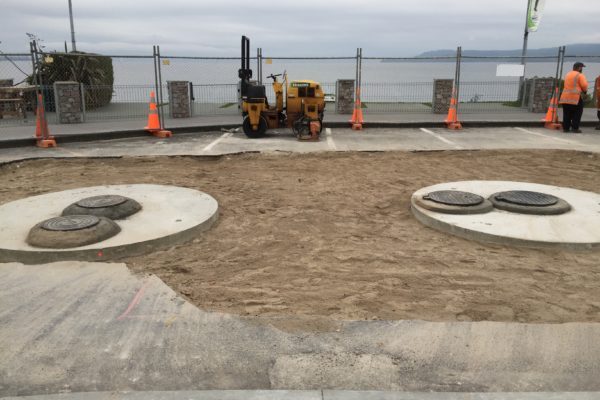 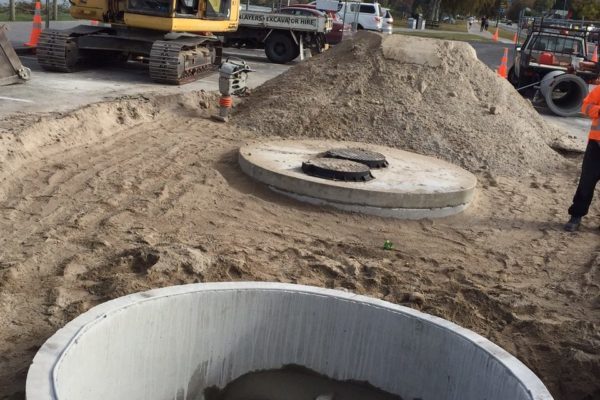 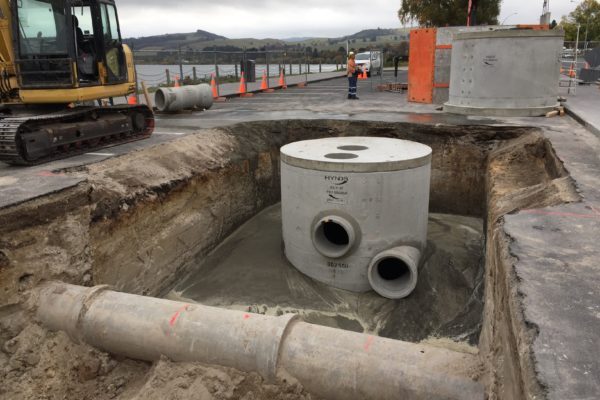 Lake Taupo receives stormwater runoff from the township that is now starting to be treated by Downstream Defenders.

Hynds Pipe Systems has been working with Taupo District Council and a local consultant and contractor to install a 2550 Downstream Defender to treat the stormwater runoff from the “Hole in One” catchment that consists of roading, green spaces along with commercial and residential properties.

As Taupo is a well known tourism town, the challenge was installing the units in such a way that the timeframe the area cordoned off from the public, was reduced as much as possible, so there was a co-ordinated effort with Hynds, Taupo District Council and E and J Contractors to achieve this during the shoulder season of Autumn 2016. The other challenge was to avoid the treatment system becoming a bottle neck and causing overflows.

The solution was to install an offline Downstream Defender to treat the stormwater discharging into Lake Taupo. The system was designed to accommodate a full pipe event and treat a stormwater discharge up to a maximum flow rate of 425L/s. The Downstream Defender was placed next to a weir chamber to achieve the requirements of treating as much of the flow as possible while reducing any potential for overflows during an extreme weather event.

The unit was also designed to control oils and gross pollutants from entering the lake, which helps with the aesthetics of the region.

How long did the installation take?

The installation of the Hynds products was achieved over a three day period. The total site works were completed within a period of two weeks.

What was the desired result and benefit?

The desired result was to stop gross pollutants and oils from entering Lake Taupo from the upstream catchment.

Why did Hynds get the job over the competitors?

We worked with the Consultant and Council closely to determine the best solution and followed this up with providing support to the installing contractor.

What were our points of difference?

Our point of difference was promoting a total service from design through to supporting the installation process.

Taupo Lake – “Hole in One” catchment