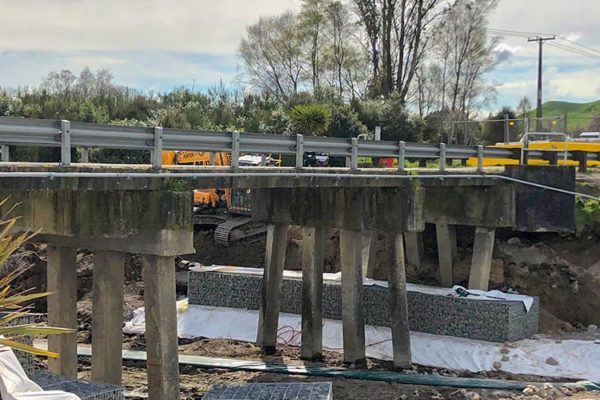 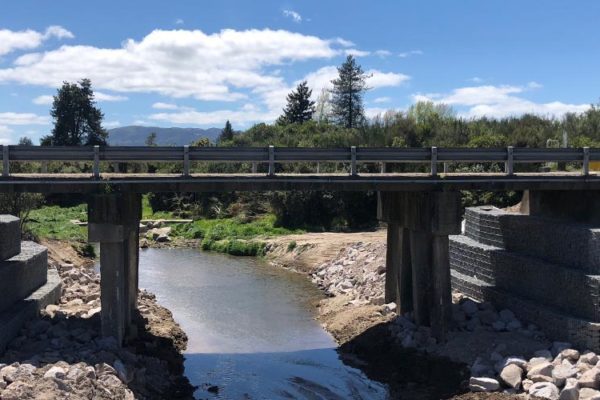 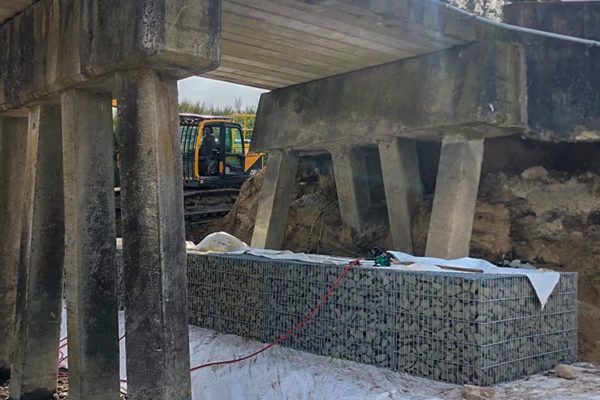 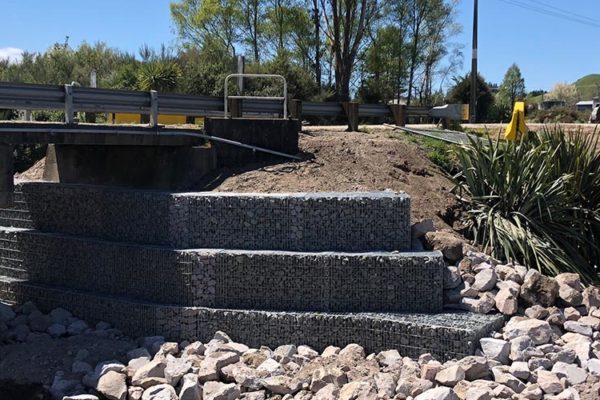 In April 2018 the Bay of Plenty Region had a storm pass through, resulting in major flood damage across the region.

Fulton Hogan approached Hynds Rotorua for pricing for 150 Rawe Stoneboxes made up of two sizes, mainly using the RSBF200100100 boxes out of the Rawe Factory in Pukekohe.

In July, Aaron Dawson at Fulton Hogan Rotorua gave the go ahead to start the order for the first bridge. The first bridge consisted of approx. 56 stone boxes to complete the repair.

The second bridge is about to start preparing for repairs in the coming month and is forecasted to take a couple of months to complete the rebuild.

The Stoneboxes were a good option for these repairs due to the lead time we were able to supply in. The Pukekohe Rawe factory started on the manufacture of the boxes within a day of the order being placed and had the first 60 required ready for collection within a few days.

Trucks were organised to start collecting these boxes from Auckland on backloads getting them into Rotorua Branch so they were ready for when Fulton Hogan set out to place them as they couldn’t be stored onsite. With these boxes weighing 3.320 Tonne each, it meant each truck can only carry 7 boxes at one time.

This job was featured in the Rotorua Daily Post, providing an update of the progress.