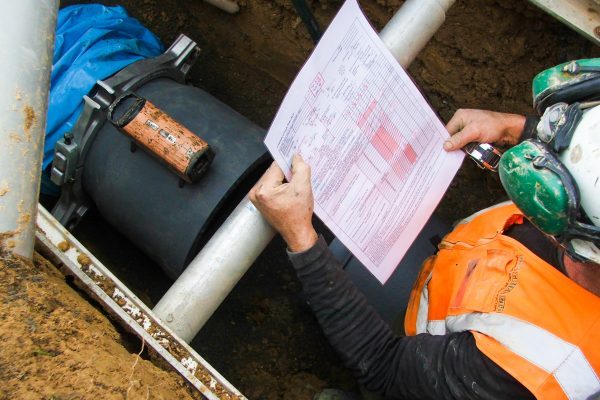 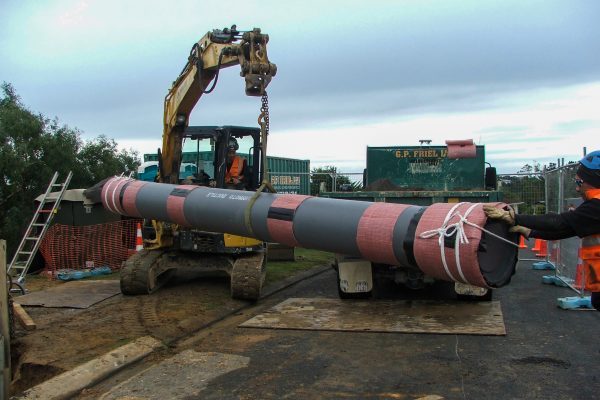 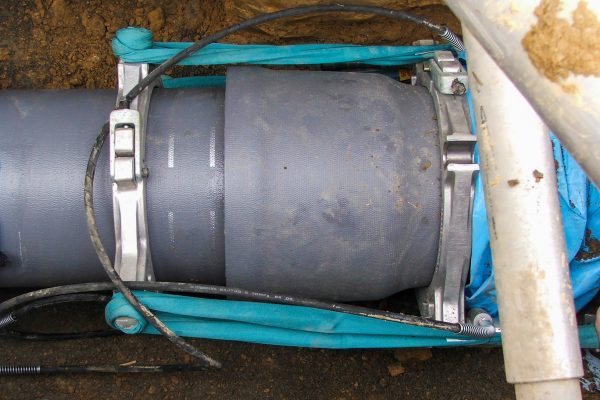 Wellington Water is the first to install seismic resilient ductile iron pipe (SRDIP) technology in New Zealand, with the intention of keeping the water network operating in the event of an earthquake.

Earthquake resilient pipe technology is used throughout Japan as well as in California and other places with active fault line crossings. It is also good for ground prone to liquefaction, subsidence, soft or weak, pipelines crossing bridges and their abutments and tsunami-prone areas.

The pipe is designed by Kurimoto to sustain severe ground movement during seismic events or in the case of weak ground subsidence, using flexible joints, which allow angular deflection, compression and expansion of the pipe without the joint separating.

The Porirua project involved the installation of a 400mm diameter pipe from Cleat Street to Conclusion Street, a distance of around 830 metres. It is being installed to significantly reduce water pressure losses at times of high demand so that the high-level reservoirs in Porirua can be filled at all times without additional pumping, including when demand is high. It will also provide increased resilience for the network in case of an emergency or during maintenance work.

Before the installation, Wellington Water undertook a technical assessment of the pipe, assessing not only its strength and flexibility, but ensuring it meets with New Zealand standards and was compatible with existing pipework. The next phase was to test the constructability of the pipe – including laying the pipe and fully understanding the practical aspects of working with it – especially given that this was the first installation of the pipe system in New Zealand.

The test section of pipe comprises a 140 metre stretch of the new pipeline, while the remainder is regular ductile iron pipe. Contractor GP Friel began laying the pipe in mid- June, with support from Wellington Water’s in-house pipeline team.

The Kurimoto SRDIP pipe has a triple layer of external corrosion protection coating, which eliminates the need for PE sleeving. Layer one is a zinc-based alloy spray, layer two is a sealing treatment, and layer three is a synthetic resin coating. There is also an internal layer of epoxy powder coating, oven baked onto the pipe.

“The pipe socket allows for both extension and compression as well as angular deflection of the pipe. It also prevents joint separation. This means the pipeline can move in a seismic wave, staying intact during severe ground movement,” says Todd.

Proven performance in the 2011 Japan earthquake, which saw the pipe move significantly but stay intact, is now seeing them used in transmission and water pipelines connected to critical services – reservoirs, hospitals, civil defence headquarters, and government buildings – throughout Japan.